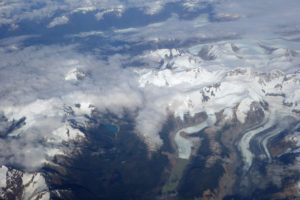 Lost Horizon is a wonderful book by James Hilton concerning Shangri-La in remote Tibet.  It was written in 1933 and the reader is left to wonder whether the events described actually happened and, if so, what happens next.  It offers some hope for the future in the event that a war decimates civilization.

I felt a need to extend the story and have made a beginning in Part 1 of Enigma Horizon.  Hugh Conway makes it back to Shangri-La and takes up the mission placed in his hands by the founding High Lama.  It is mostly a delightful life in the hidden valley which he loves, but all too soon worrying signs emerge.

Conway realizes that he must take action to ensure the success of the mission – that seclusion alone is too risky.  Over time, it becomes clear that he must anticipate the future rather than wait for it to unfold.

Part 1 is available for purchase now and Part 2 is expected to be finished by the end of 2021.

Sometimes we can make accurate forecasts about the future, but mostly long-term forecasting errors are large. For example, Australia’s first Intergenerational Report which was prepared by Treasury in 2002 predicted a 2012 population of 21.5 million while the actual population was 22.9 million, making the forecast 6% too low. The forecast population for 2042 was 25.3 million but that figure was exceeded by 2019! Net migration was assumed to be a constant 90,000 people per year but actually averaged 225,000 between 2008 and 2019. The total fertility rate was projected to fall from 1.75 in 2000 to 1.6 by 2042, but it averaged 1.85 between 2001 and 2018. In 2018 the total fertility rate was still 1.75. This forecasting error meant that the predicted infrastructure need expected in 2041 was actually required in 2018.

How, then, can we prepare for the future given the high degree of uncertainty. Fortunately, there is a range of techniques available to imagine the future.

One of these is developing a range of scenarios, plausible futures, and developing robust plans to cope with all likely futures. Here is a scenario developed by the OECD in 2011:

Imagine this. The year is 2017 and a virulent strain of H5N1 avian flu has jumped from poultry to humans in the crowded southern Chinese city of Guangzhou. The virus quickly spreads across the porous border into Hong Kong, then sweeps rapidly through the rest of Asia. The World Health Organisation declares the outbreak a pandemic as governments around the globe break open their vaccine stockpiles in an effort to protect their citizens from the deadly virus. But the measures taken by health authorities do little to stop the spread of the virus. The pandemic ends up killing more than 50 million people around the world, transport and trade systems grind to a halt, and the global economy tips into a recession more severe than that caused by the financial crisis of 2008-10.

This was accurate enough for the world to make plans.  It did not predict a specific Corona virus pandemic and the predicted timing was three years early.  We should have been much better prepared and rehearsed.